*This Ace Hybrid Group has 75% Capacity, compared to a new one. Please keep in mind, that your car needs 60% capacity from your car in order to function correctly. This battery could last you a year or more, but is not meant to be a long-term solution.

*Core exchange is required for this price. 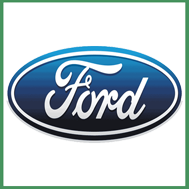 Ford Motor Company is an American multinational automobile manufacturer headquartered in Michigan, the United States. It was incorporated in 1903. Ford introduced the Escape Hybrid in 2004. Escape Hybrid was the first hybrid electric vehicle with a flexible fuel capability to run on E85. In mid 2008, USDOE added Ford Escape Plug-In Hybrid Flex-Fuel Vehicle to its own fleet of alternative fuel and advanced technology vehicles. The vehicle is equipped with a 10-kilowatt lithium-ion battery that stores enough electric energy to drive up to 30 miles at speeds of up to 40 mph. In early 2009, Ford launched hybrid versions of the Ford Fusion Hybrid and the Mercury Milan Hybrid in the United States, both as 2010 models. Ford also introduced the C-Max in the United States as its first hybrid-only line of vehicles, which includes the C-Max Hybrid, and the C-Max Energi plug-in hybrid both released in 2012. The top selling hybrids in the US market are the Fusion Hybrid, followed by the Escape Hybrid, and the C-Max Hybrid. As of November 2014, Ford is the world's second-largest manufacturer of hybrids after Toyota. 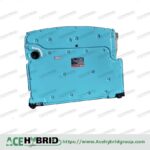